A cellphone case project. Sort of. 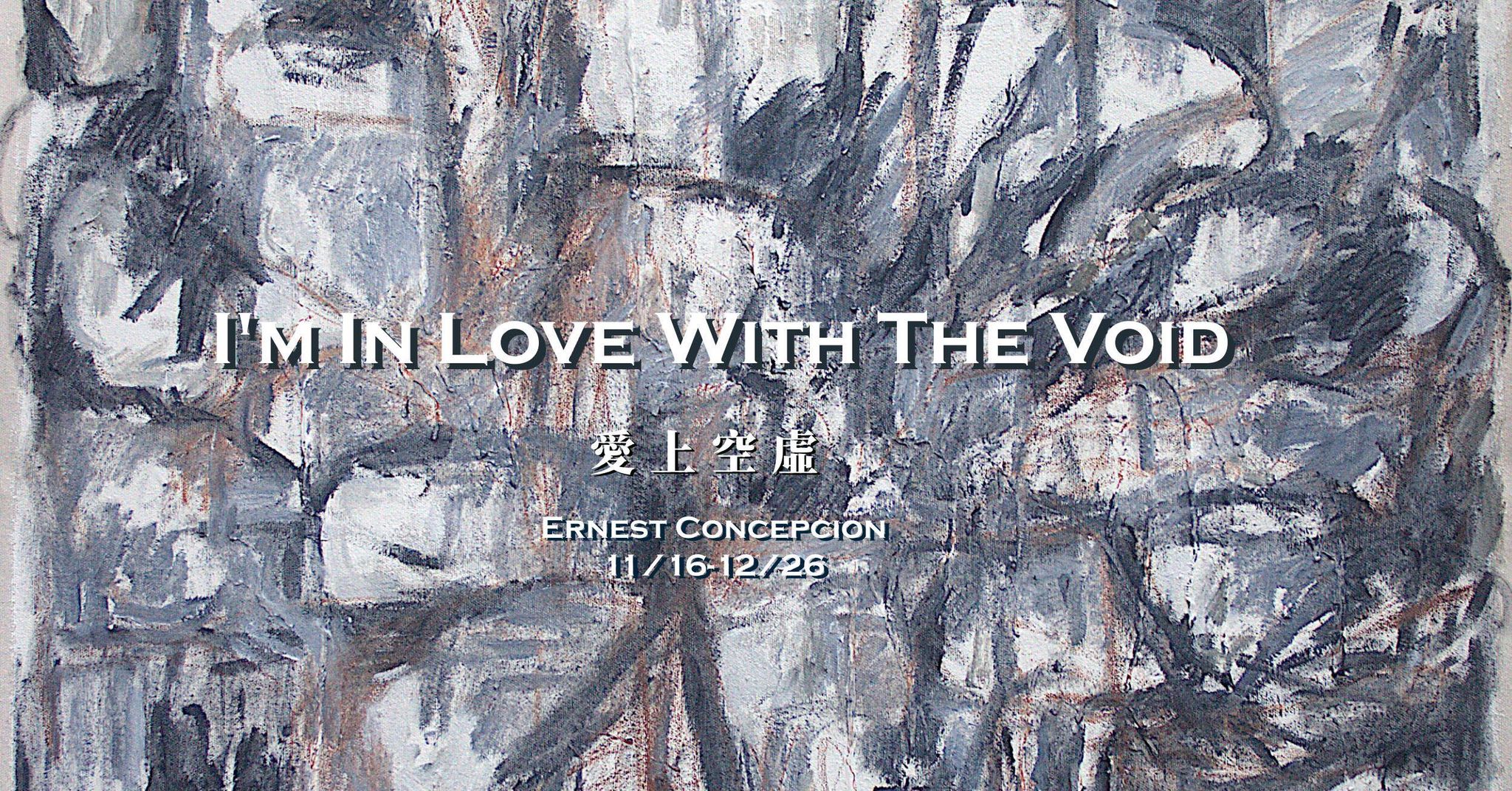 A solo exhibition of new paintings.

“The world was swirling over these past few years, I was lost and fell into this void. It’s a place of nothing, I found myself in rumination and created these paintings. This is when I fell in love with the void.” 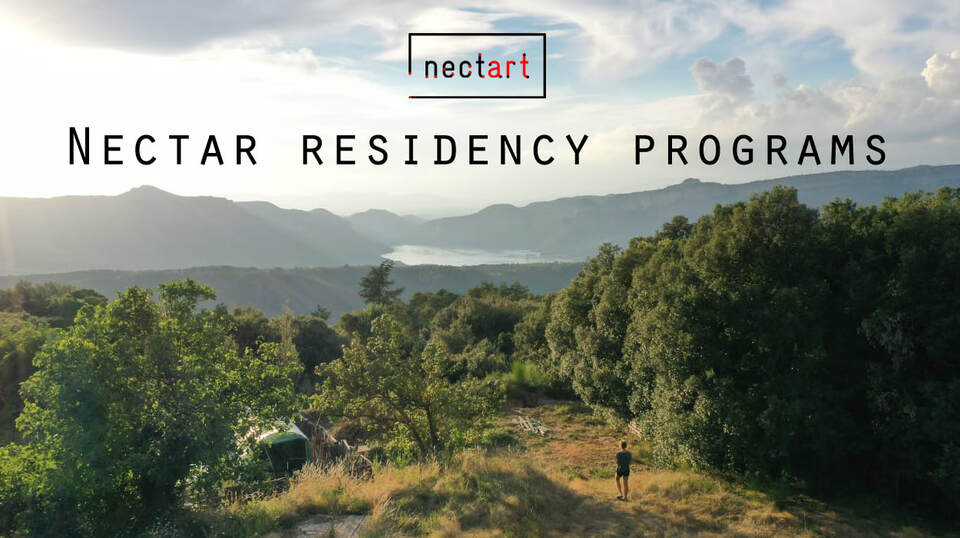 Located in north Catalonia in the midst of Les Guilleries Natural Park surrounded by endless forests, Nectar presents its residency program offering a community-based living and working experience for worldwide artists and creatives in all career stages. For more information click on:
http://www.nectarconectar.com/

In 2021, Nectar launched the Online Artists Support Program, a fully-funded online residency that aims to reach more artists and give support to their professionalization. I was one of the recipients for the year and attended my online residency on November 2021 and wrapped up in early 2022.

For more information, click on this link:
Nectar Online Artist Support Program 2021
You can also download my Residency Catalog from the link above.

MUTATING CONFLICTS AND THE ABSTRACT INVASION

Source Code represents the continuous evolution of Ernest Concepcion’s practice, connecting to the source of his artistic process, testing and challenging himself, navigating between conflicts, and learning to unlearn in order to grow as an artist.
In these new series of works, Concepcion looks back and returns to the origins, to the most primitive form of The Line Wars series (2002-ongoing). This series has grown over the last twenty years and is composed of numerous black-and-white drawings that all show two forces opposing one another, and is based on the artist’s childhood imaginary and on entertainment, such as video games and comic culture. By going down to a “cellular” level, the artist zooms in, finding chaos and abstraction, and facing his own internal conflict.

Ernest’s works evolve as conflicts change, mutate, and reawaken. Conflicts on all levels – public and private, professional and personal – structure the history of art, practically, intellectually, and critically. Indeed, they are, directly or indirectly, inherent to the making of a work of art.

Take, for example, Dutch-American abstract expressionist artist Williem De Kooning, a painter who puts onto the canvas everyone’s desire, frustration, conflict, pleasure and pain – as seen in his painting Woman V (1953), whose impact comes from the apparent conflict between the violence of the brush strokes and the subject of woman, between the slashing strokes and her big smile. Or Paul Klee’s abstract paintings featuring weapon-related imagery and directly related to the outbreak of the First World War and its impact on his life. Paintings that seek to express the oppression, fear, menace, and destruction wartime populations endured on a mass scale within a global conflict.

In these paintings, as in many other works in the history of art, the scenes rendered, and the mood and tone set by each artist are very different. How and why do artists represent conflict? The answer depends on the social, political, and historical context in which the work is made, as well as on the artist’s relationship to the subject and the intended viewing audience.
According to Ernest Concepcion, conflict is the catalyst for everything: conflict within himself or between the materials and the media he uses. In the artist’s own words, it is when he goes through “conflict” that he feels more alive and more focused on his artistic practice.

In The Line Wars, Concepcion creates a narrative by drawing these conflicts in a spontaneous yet precise and figurative way, using only a single type of pen with black ink on a simple paper. These drawings now are mutating into freer and wider brushstrokes, melting into each other, as part of his artistic and personal evolution towards abstraction, the “unknown”.
Ernest Concepcion steps out from the figurative towards the abstract to free himself and his works from the lines of his drawings (his trademark over the last twenty years of practice), as the artist himself states. To achieve this, his practice and its process has changed as well as the flow of ideas onto the canvas.

In Source Code, consisting of eight mostly black-and-white canvases, Concepcion explores new materials – such as tar – and the mixture between them, giving the paintings a wide range of tonalities, layers and other qualities, which creates a visual “conflict”.
In his studio, Ernest observes the works, gives them space, zooms out and then creates a dialogue with them, just by stepping away, letting the works speak by themselves. He puts his inner conflict into ideas, converting the story into an unobvious one, deconstructing the lines and not necessarily filling all the white spaces on the canvas, letting viewers create their own stories.

Source Code, which the artist defines as ‘the fundamental component of a computer program that is created by a programmer´, is also referred to as the before and after. The same happens with Ernest Concepcion’s artistic practice when moving from the figurative to the abstract, opening a new door while not closing the previous one. 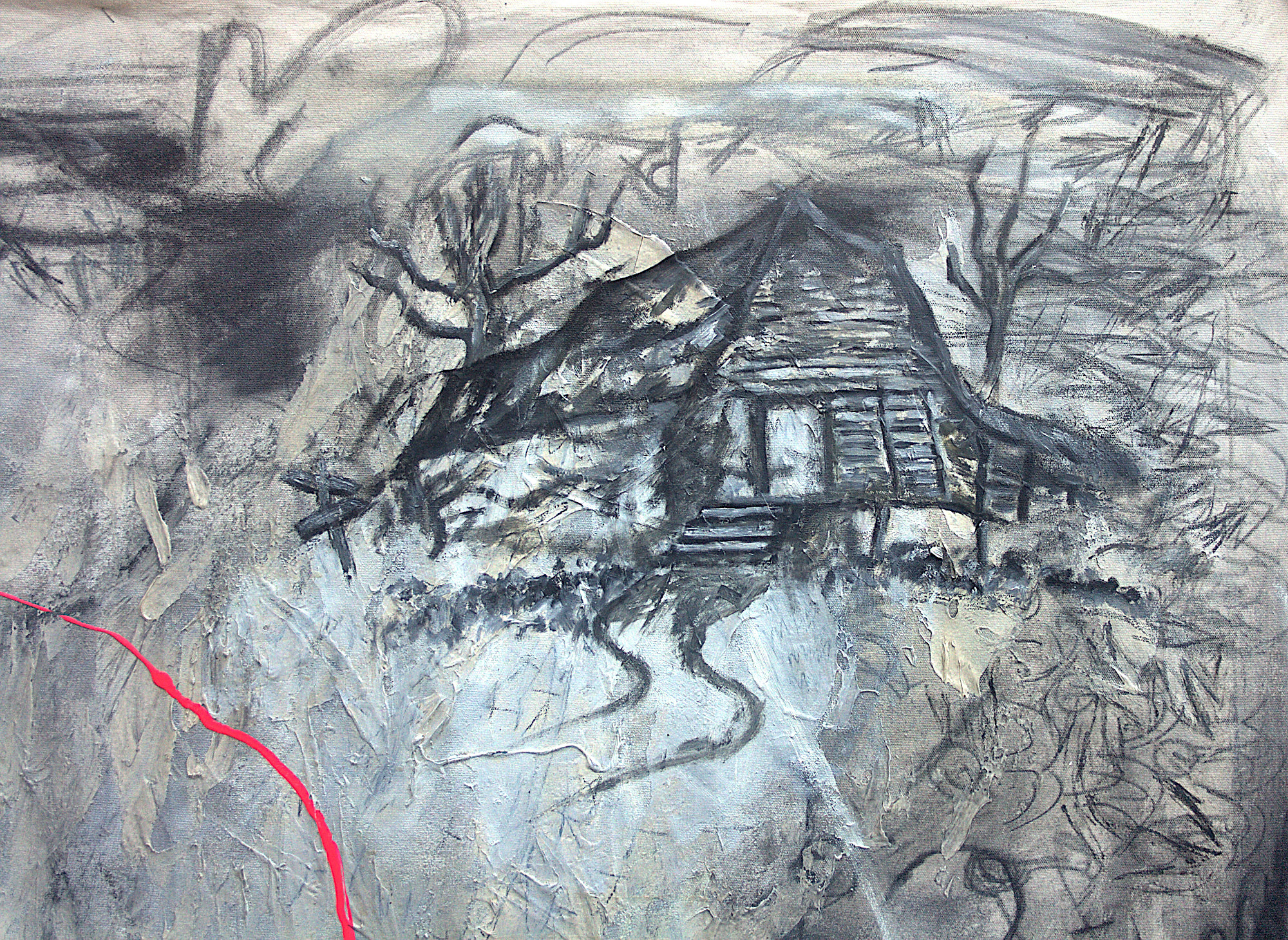